Back to all posts

Its really hard watching your kid get left out.  My heart literally aches watching it happen and I have to stop myself from shooting death glares at the girls who are causing the pain.

My kid is amazing. She is strikingly beautiful, very smart, super nice, really fun, outgoing, talented...literally all the things that you would want to be.  She has plenty of friends.  Homeschooling has widened her circle, but also made it less obvious.  She doesn't really have a "bestie", she doesn't have a "clique" or a group.  She seems like the odd man out.  And thats why its so hard watching.  The girls who are "in" the group are not mean.  They are definitely not mean girls, they aren't saying or doing things that are easy to pin point and say "thats not okay they need to stop that".  They are just not including her.  They walk right past her to each other and really don't even glance her way - most of the time.  She gets just enough of a little conversation or gets included at certain times just enough so that she keeps trying.  Maybe thats the hardest part.  She wants to be part of the group and while (again) the kids aren't MEAN, they just don't care or see her.

I will say that I know that this is something that adults have issues with too.  I know that I do myself.  Its been a long day, I see my close friends and I just want to see and hang out with THEM.  I don't on purpose try to be dismissive of other people, I'm just caught up in my own world.  Definitely not trying to be mean.  Maybe thats part of why watching my girl go through this is so hard.  Because no one is really doing anything wrong, its just that no one is going the extra mile to do something RIGHT.

So many of our songs were written about doing the next right thing, looking for the kid that needs a friend, being the one, standing up for whats right....but I have to admit that all of those songs were written telling MY kids, who were the "popular" kids to go the extra mile to include people.  I don't know what to say when its my kid being left out.  I can't make the kids include her.  That would be ridiculous.  And would probably make the situation worse.  They aren't little kids anymore where we can make then have playdates and engineer their friendships and tell them to just play with everyone.  They are tweens who are growing up and forming groups - again, theres nothing really wrong with THAT, I have my group too - and figuring out who works with them and who doesn't, and who THEY are.  I can't fault them for that...as long as they aren't ACTUALLY being mean.

She IS a happy kid.  She's definitely not depressed or letting this issue REALLY get to her.  She is confident and so self aware its amazing.  She knows exactly whats going on and she knows that its not about her.  She just feels left out.  And it sucks. 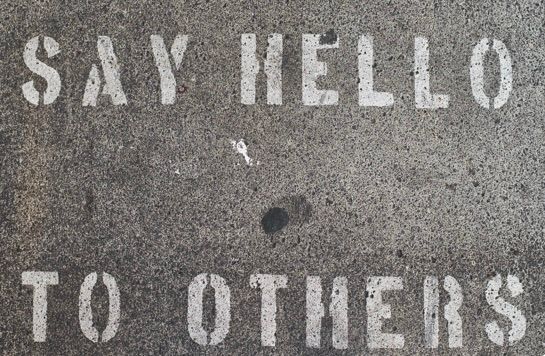